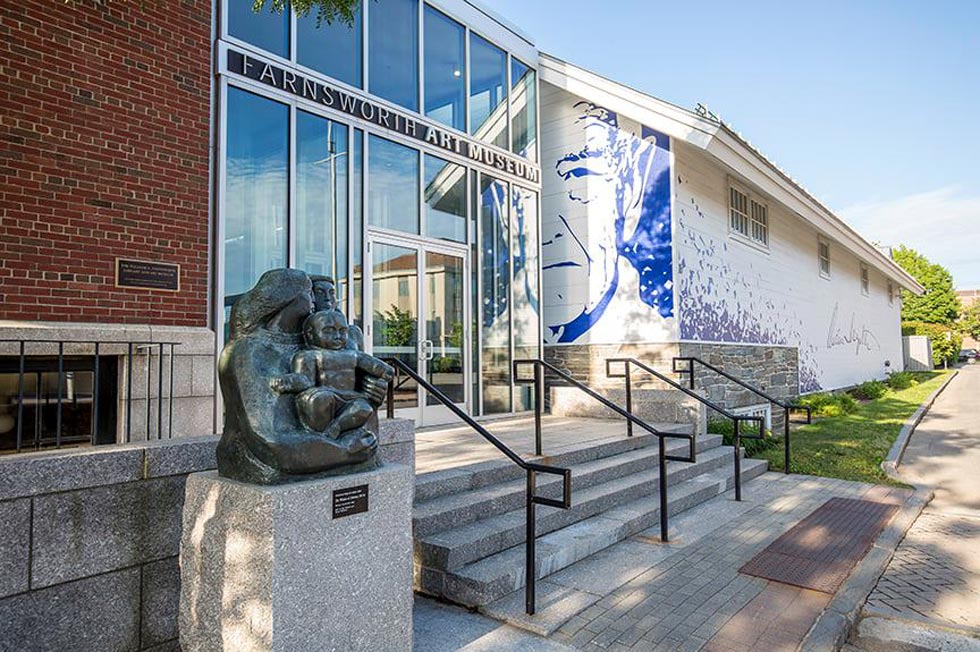 The Farnsworth Art Museum in Rockland, ME celebrates Maine’s role in American art with rotating exhibits of more than 15,000 artworks. The museum’s Wyeth Center is famous for its large collection of artwork from “America’s First Family of Art,” N.C., Andrew, and Jamie Wyeth.

Art fans will not want to miss an opportunity to visit the nationally recognized Farnsworth Art Museum. The museum’s collection contains works from many of America’s greatest artists, including Gilbert Stuart, Frank Benson, and Louise Nevelson.

The Farnsworth Art Museum campus contains multiple buildings. These include the Wyeth Center, Farnsworth Homestead, Wyeth Study Center, and a Museum Library. The nearby Olson House, made famous by Andrew Wyeth’s art, is also managed by the museum.

The Farnsworth Art Museum is located at 16 Museum Street in Rockland, Maine. This is an easy and scenic, one hour drive down the coast from Captain Nickels Inn.

We recommend setting aside a full morning or afternoon to truly explore the Farnsworth Art Museum. In fact, given the number of things to see and do in Rockland, it would be very easy to turn your visit into a fun day-trip!

The Wyeth Center at The Farnsworth Art Museum 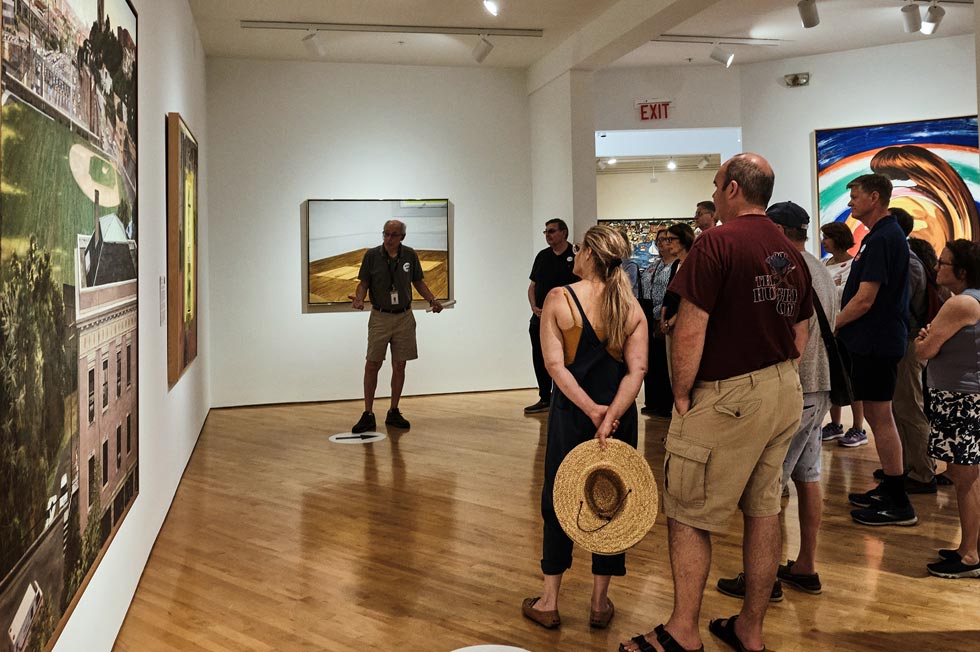 The Farnsworth’s Wyeth Center is one of the museum’s most prominent features. So much so that the museum is often referred to as the “Andrew Wyeth Museum,” though the center also displays works from N.C. and Jamie Wyeth, Andrew’s father and son.

Andrew Wyeth was one of the most celebrated realist painters of the 20th century. His detailed portrait and landscape works study life in rural New England and Maine. “Christina’s World,” depicting a young woman lying in a stark, grassy landscape, is arguably his most famous work.

The Wyeth Center is housed in a striking, historic church building. Exhibitions include work from all three generations of the Wyeth family. Though you won’t see “Christina’s World” at the Farnsworth (currently on display at The Museum of Modern Art in NYC), you will not leave disappointed.

Serious Wyeth fans will also want to consider a visit to The Olson House, located at 384 Hathorne Point Road in Cushing, ME, about 25 minutes south of the museum. This historic home was featured in many of Andrew Wyeth’s works, including “Christina’s World.” The Olson House is typically open for tours between Memorial Day Weekend and Columbus Day Weekend.

More than the Wyeth Family 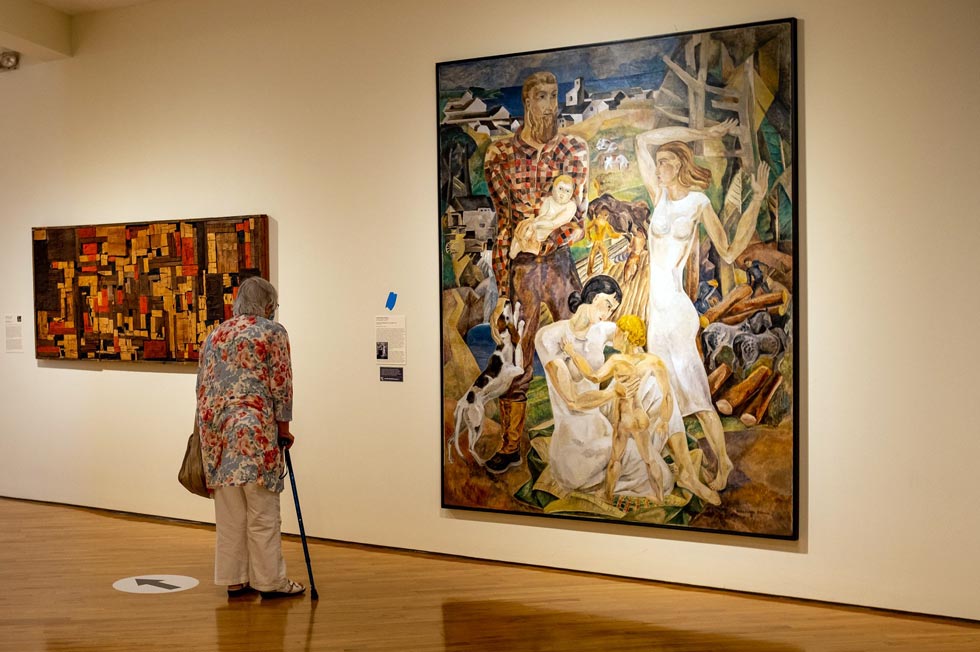 One could hardly ask for more than work from all three generations of “America’s First Family of Art” but the Farnsworth offers much more beyond the Wyeths.

The museum uses its 20,000 square feet of gallery space to exhibit some of the best works of American artists of the 18th and 19th century. Artists like Gilbert Stuart, Maurice Prendergast, Frank Benson, Eastman Johnson, Thomas Sully, Childe Hassam, Thomas Eakins, and Fitz Henry Lane. It’s also home to one of the largest collections of sculptor Louise Nevelson’s work.

The Farnsworth Library is also located on the main campus. Here you’ll find approximately 10,000 books focusing on American art and artists in the museum’s collection. The museum campus also includes a Museum Store and the Gamble Education Center.

Visit the museum website for current hours and more information. You can also find the Farnsworth on Facebook.