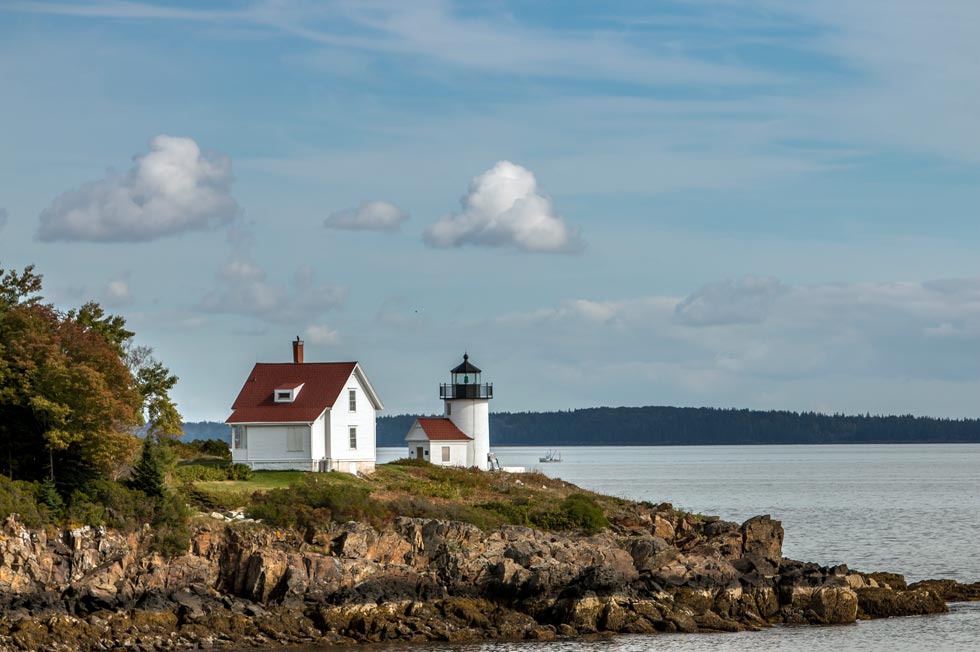 Hoping to visit some Maine lighthouses during your vacation? Great idea – Captain Nickels Inn is surrounded by them!

Viewing and touring lighthouses is a popular activity for most of the guests to our Searsport bed and breakfast, and who can blame them?  We love lighthouses, too!

Few structures are as iconic as a lighthouse. For the enthusiast, nothing is as majestic. The architecture is so striking, even fully automated and privately owned lighthouses remain a sight worth seeing.

Maine is known for its lighthouses. Our rocky coastline bristles with more than 65 of them. The Penobscot Bay area alone, which we call home, has over 20. There is even an annual, statewide event celebrating them: Maine Open Lighthouse Day is held every September.

Surrounded by lighthouses as we are, a casual jaunt is all you need to see one or two. It’s also easy to plan out a Maine lighthouse trail day trip! Whatever suits your style, below is a list of lighthouses within an hour of our Searsport bed and breakfast. 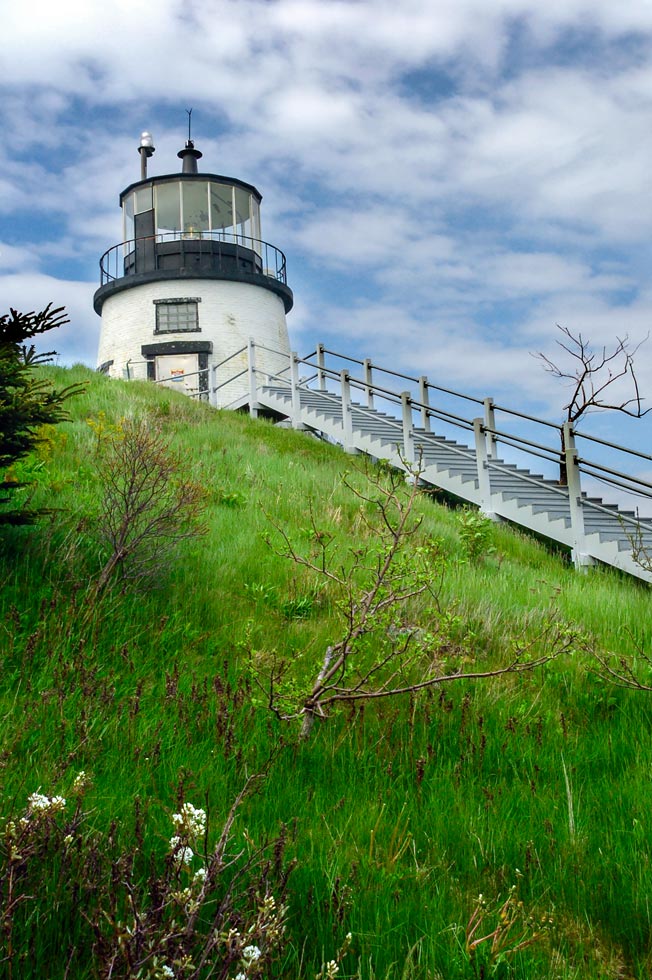 Dyce Head Lighthouse – Castine, ME
The Dyce Head Light (aka Dice Head) was built in 1829. The lighthouse is not open to the public but the grounds are open during the day.

Bass Harbor Head Lighthouse – Tremont, Maine
Bass Harbor Light, guarding the entrance to Blue Hill Bay, on Mount Desert Island, in Acadia National Park, may be the most popular light on our list. It is one of the most historic Maine lighthouses around, with a distinctive fourth-order red lens, dating back to 1858. 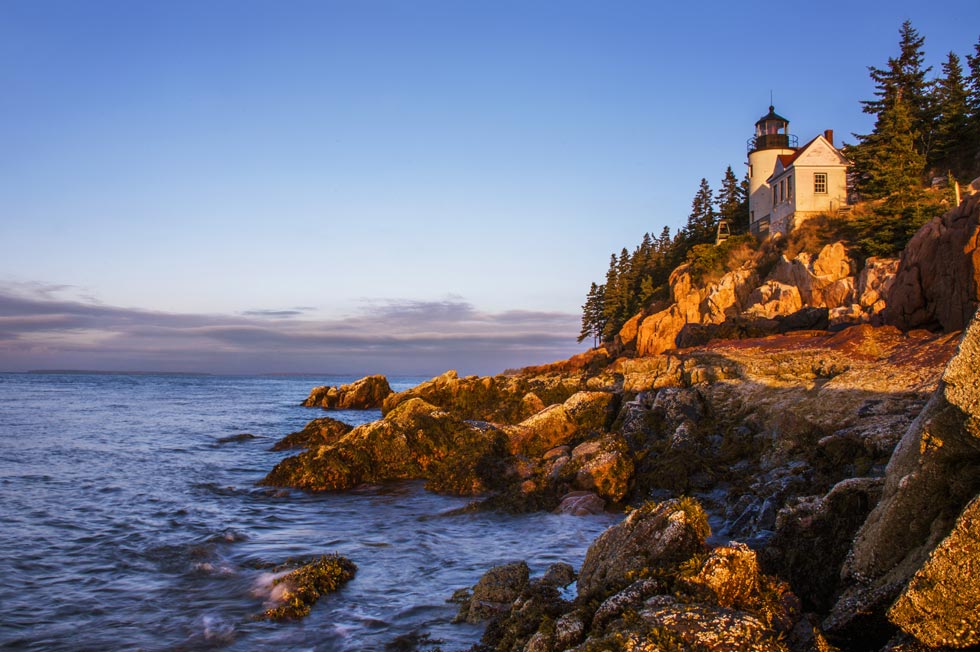 Maine Lighthouses Near Our Searsport Inn

So, there you have it: 12 different lighthouses within an hour or less of our Maine coast bed and breakfast.

It is very simple to go a little farther and see even more historic Maine lighthouses. Maine’s Lighthouse Trail is practically endless in either direction. With Captain Nickels Inn in the middle, the opportunities for fun and unforgettable day trips are equally boundless!